so it was my birthday on saturday and, i won't lie, it was quite a good one :) i woke up with the boyfie in the morning and slowly made my way downstairs for birthday breakfast and found the pleasant surprise of an unexpectedly large pile of presents! after having a munch on french toast with bacon and maple syrup (don't shoot it down until you've tried it. it. is. so. yummy.) i started to open. just to mention, i'd opened my present from the boyfie when it turned midnight, and he'd gotten me a toy car, a disposable camera and a shining beautiful white IPOD TOUCH. i know, i'm spoilt rotten and i have the most wonderful boyfriend ever. anyway, back to the morning. i began opening my presents, and got a scarf and some other little things. then i opened a SESSION IN A RECORDING STUDIO from my danish grandparents. i've just booked that now, and it's gonna be in march which i am very very excited about. then i went on to open my NEW CAMERA from the other set of grandparents. it's a bright pink (i know .. i know .. it's a bit garish but i love it) nikon 1 which is their new range of slr-ish cameras. basically, the body is night and small so can fit into my handbag, but the lenses are still a decent size and interchangeable and i am so looking forward to getting some nice photos onto the blog. i also got a dress and lots of cooking and baking things from my momma which i'm really looking forward to using, as well as being taken out for a VERY yummy dinner in london. after that boyfie and I took a nap and then headed out to london for a  nice walk about before going to dinner. we decided to head to covent garden to soak up the christmassy atmosphere and he bought he a new case for the new ipod :) we also visited m&m world, which i haven't actually been to since it opened. despite the about of tourists it was still so fun and so colourful! then we headed out for dinner which was delicious and headed home after that as i was quite sleepy. so in all, i had a wonderful birthday and now i can't wait til christmas! here are some photos (mainly of the food .. it just looked so beautiful i couldn't resist.) 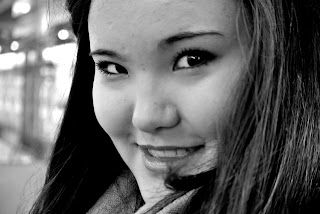 phil took this of me at the station. 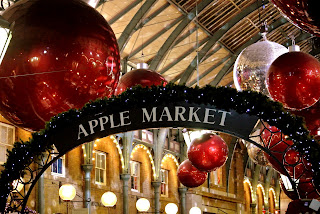 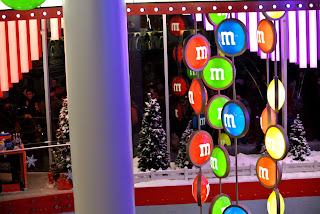 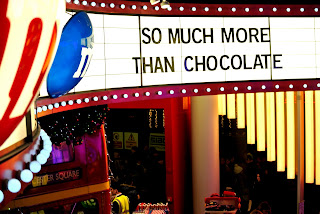 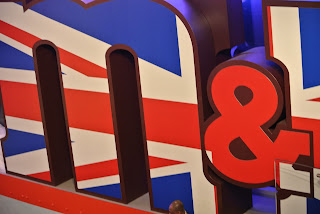 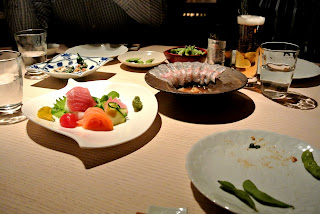 and here comes the yummy food. japanese food may not be for everyone but to me this is heaven! 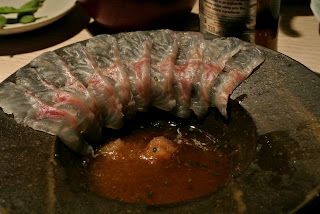 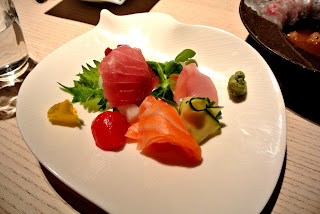 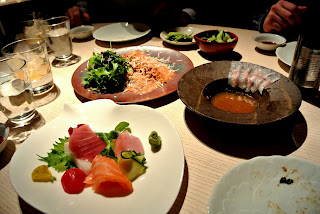 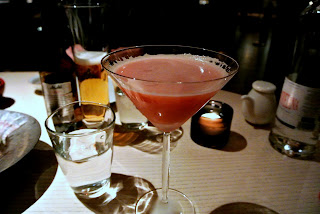 a very yummy cocktail with whiskey and passionfruit. i don't think i could have chosen a more feminine drink if i'd tried. 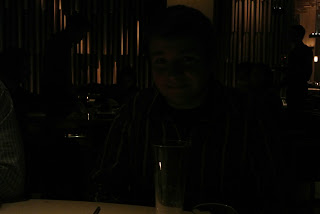 a dark, but my only, photo of the boyfie at dinner. 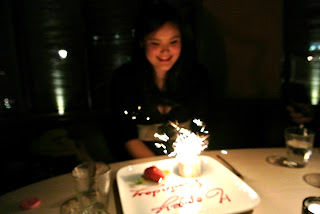 the restaurant pulled out a surprise for me when i ordered dessert, and brought it with sparklers. the dessert itself was also DELICIOUS. 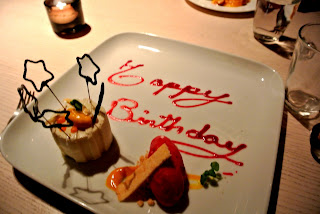 so that was my birthday :) now for the countdown to christmas.
from london, with love.
Posted by Naomi Gabriella 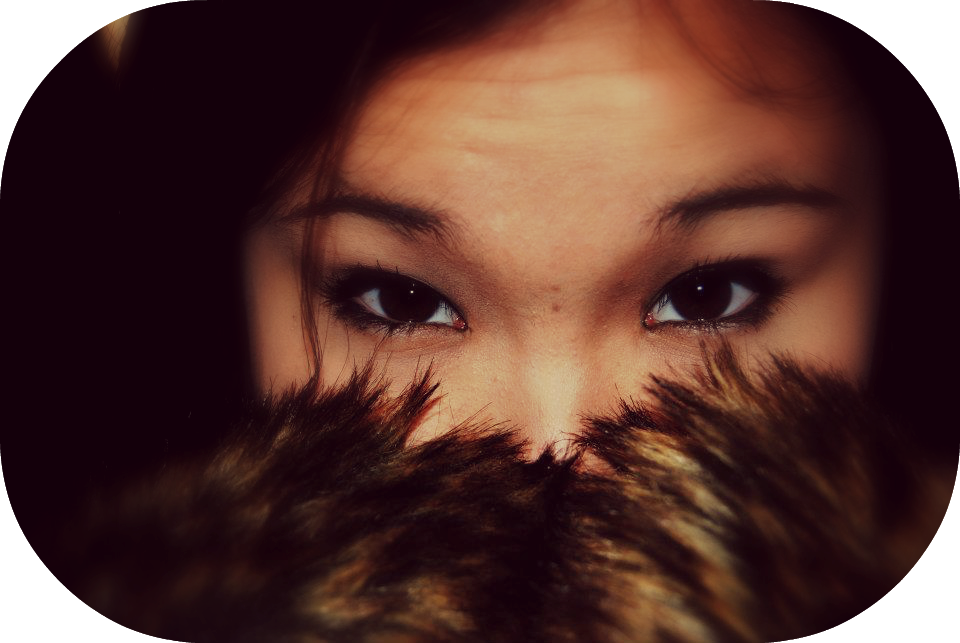